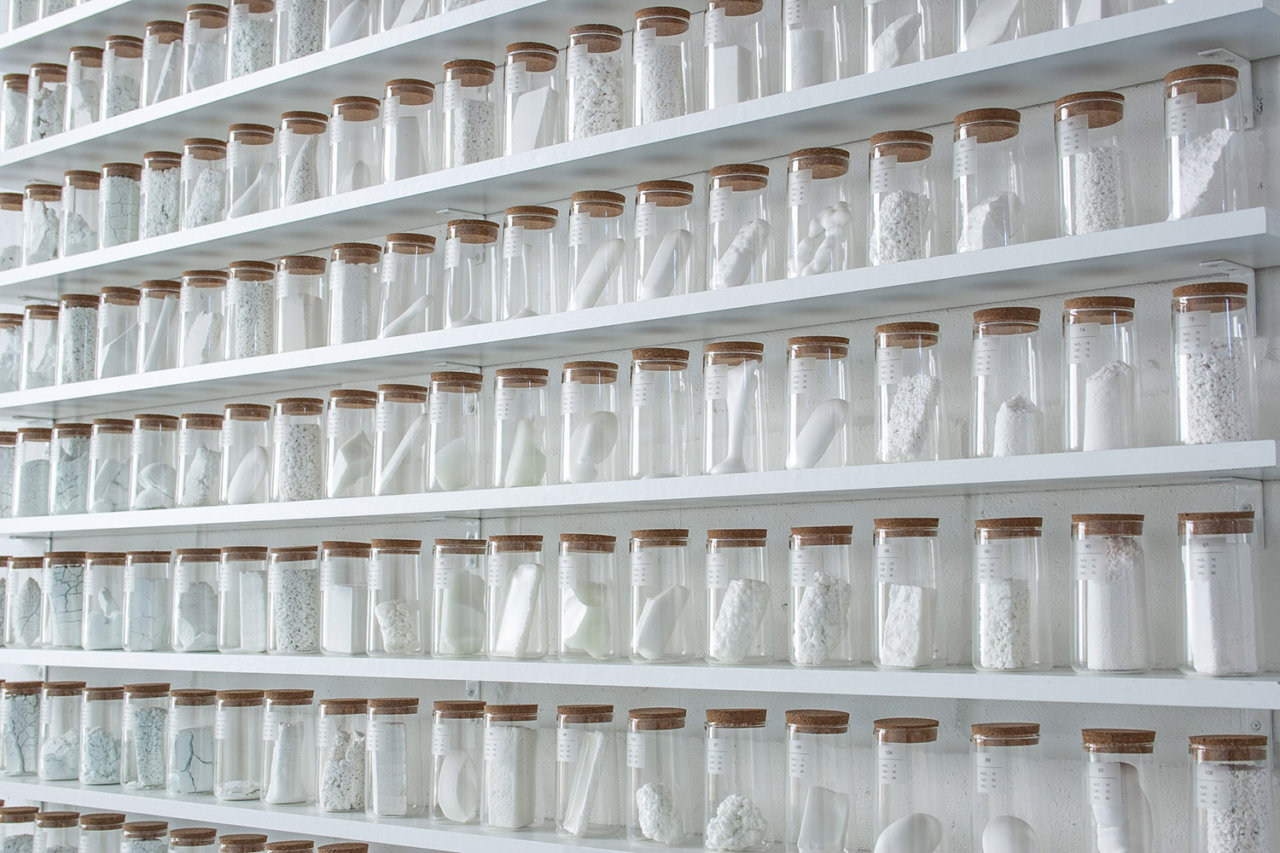 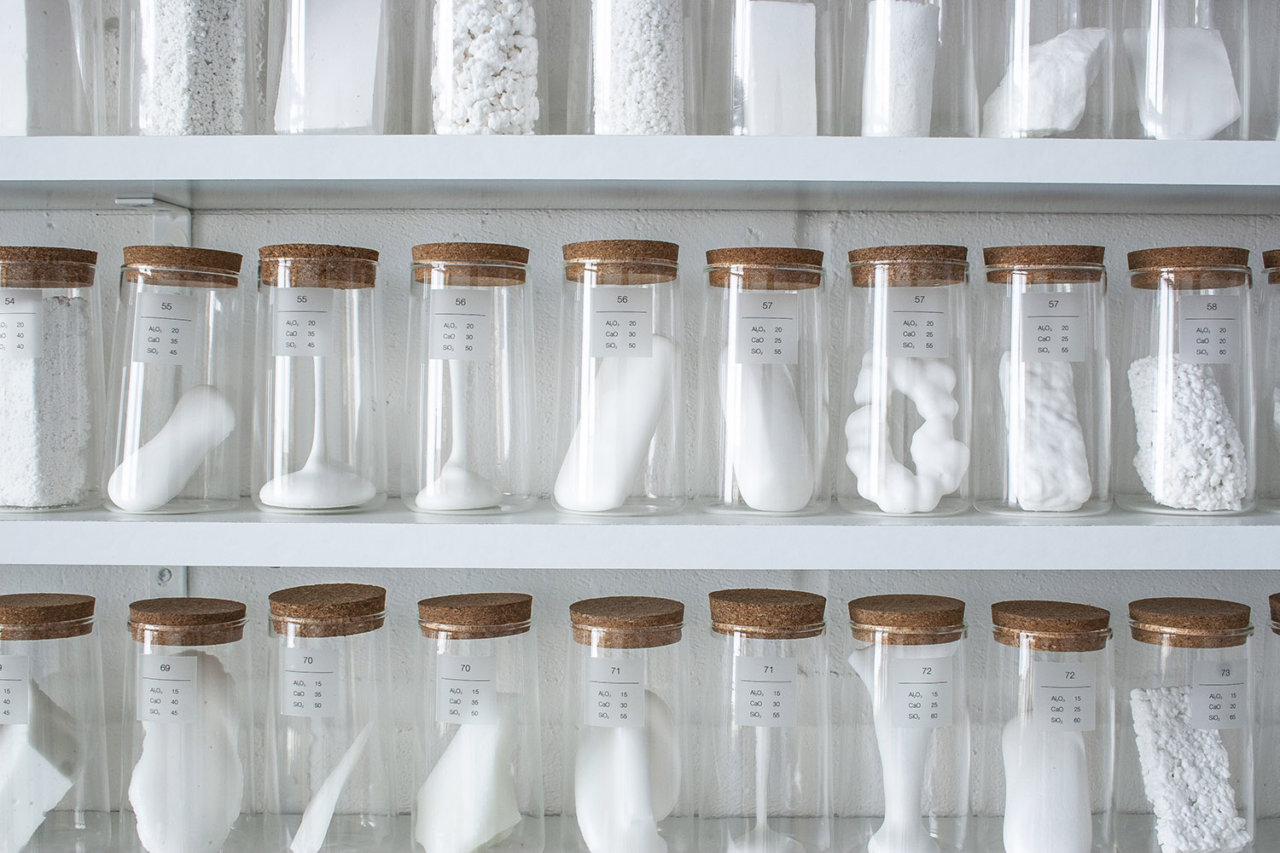 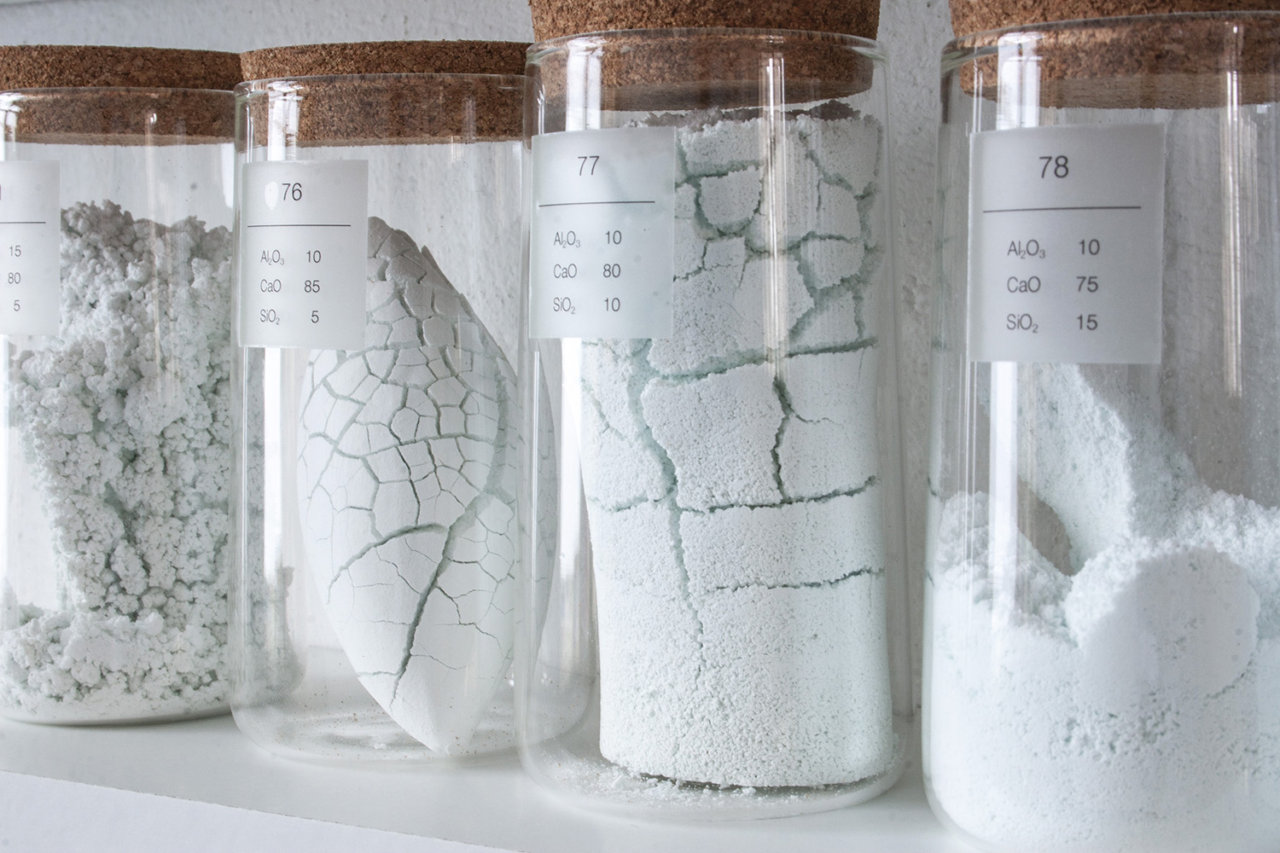 These three materials account the great majority of the earth’s crust, and in combination, under controlled heat, they create a wide range of diverse expressions from solid to fluid, although the melting points of all three are far higher than 1280°C. (SiO₂-1650°C, Al₂O₃- 2050°C, and CaO-2572°C)

In my work, I collect up the samples of material changes as an epitome of the earth. Their various characteristics by the three fundamental materials are what happen on the earth in its long history, naturally and essentially. At the same time, it indicates that the rest of the components which account only 20% of the earth’s crust and organic matters in the earth make the world colourful. 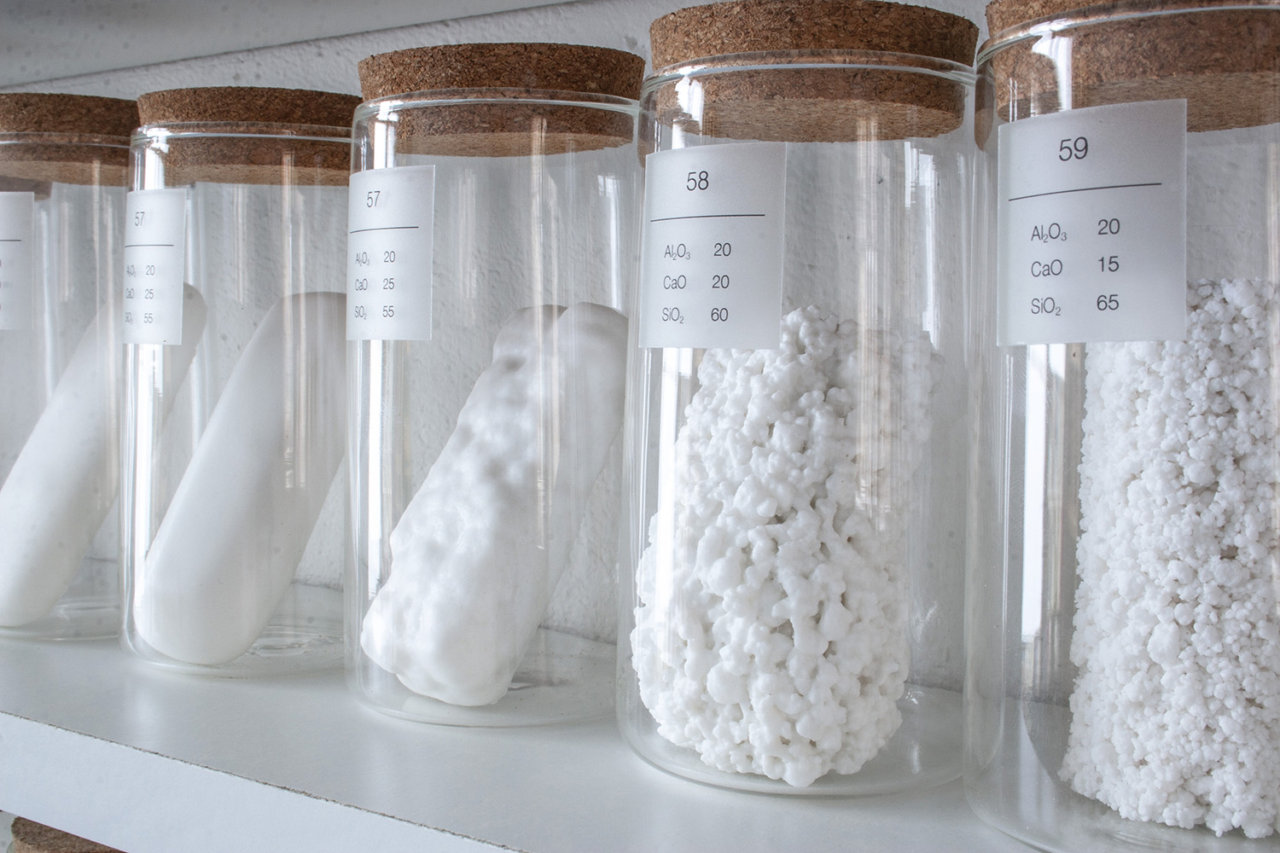 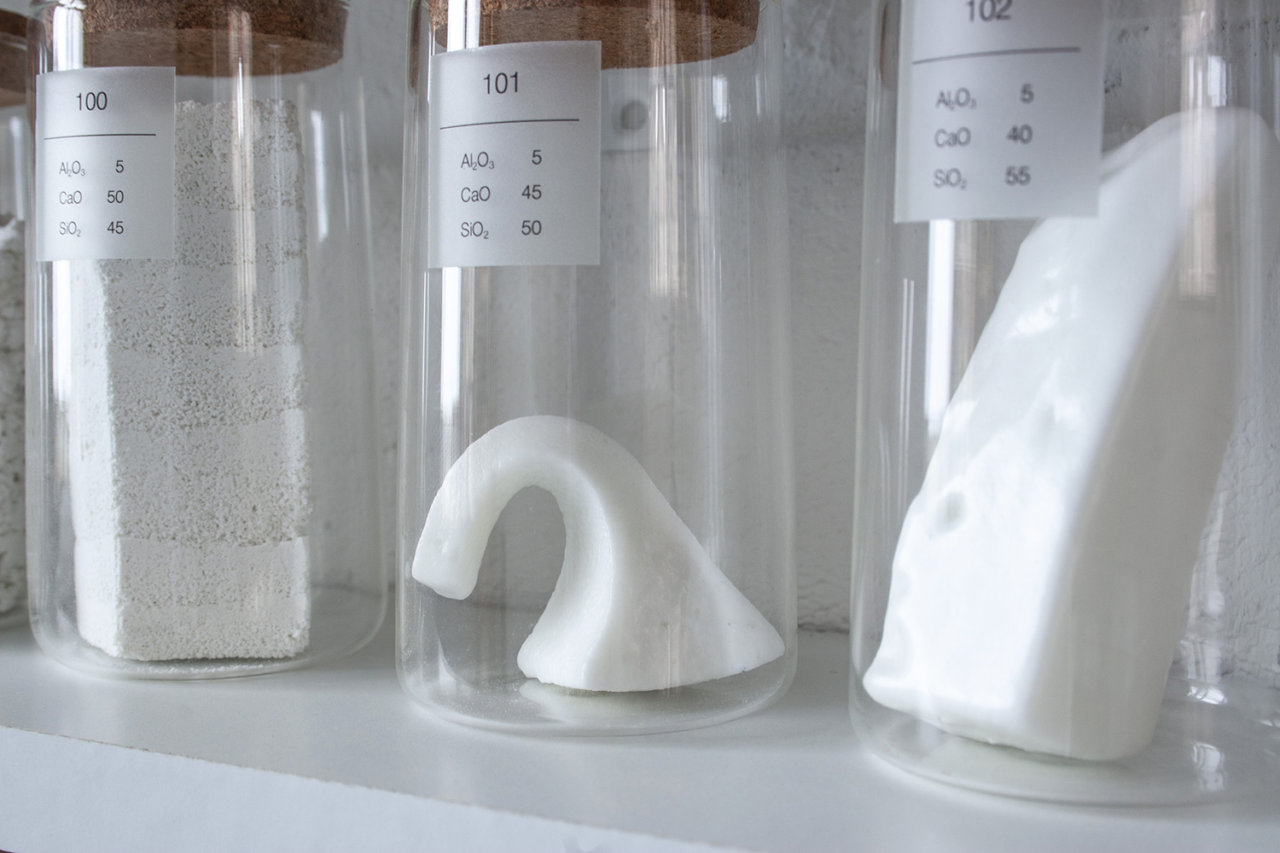 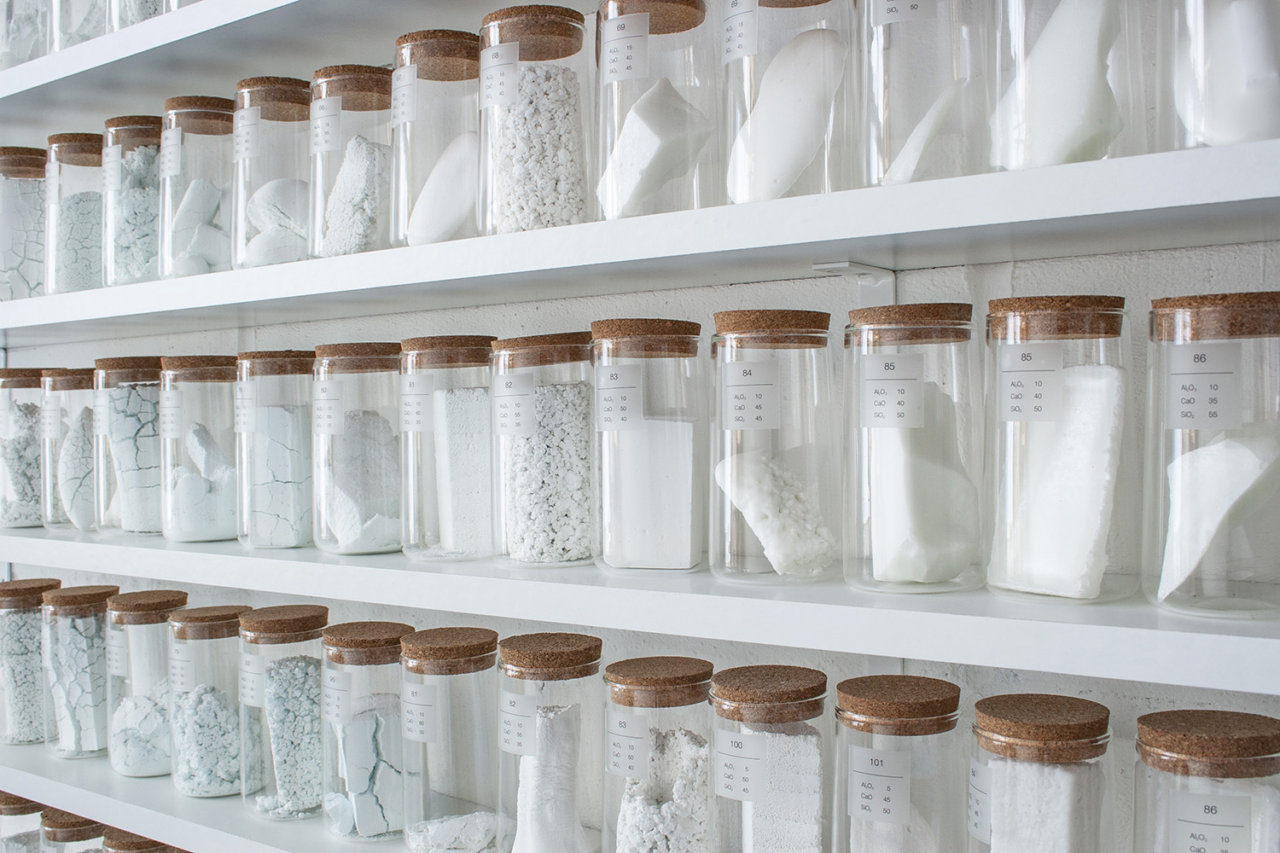 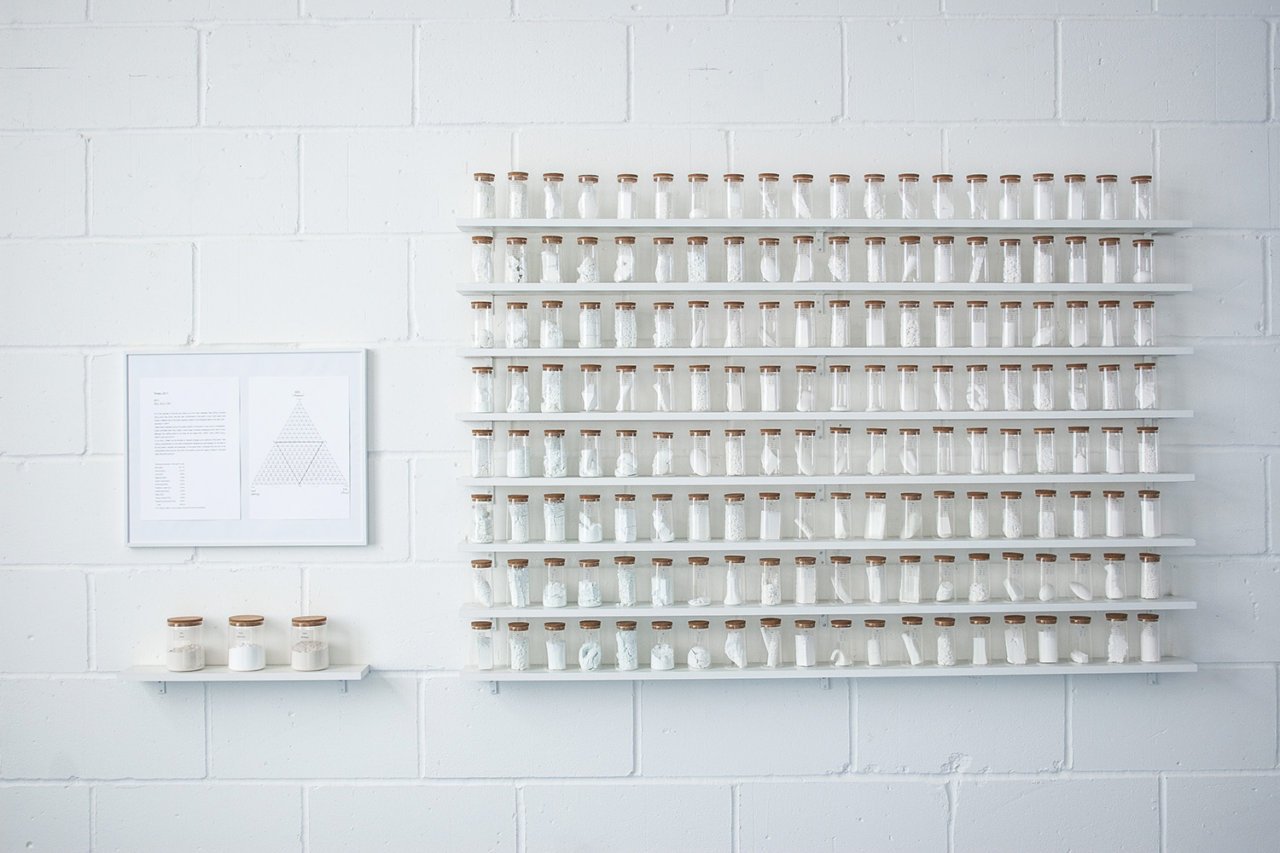